The store will not work correctly in the case when cookies are disabled.

Alert! Due to technical issues, all orders placed online will have a delayed ship date.

Sign up for a Green Top Rewards Credit Card

Buy Now and Pay Later on Thousands of Items Online 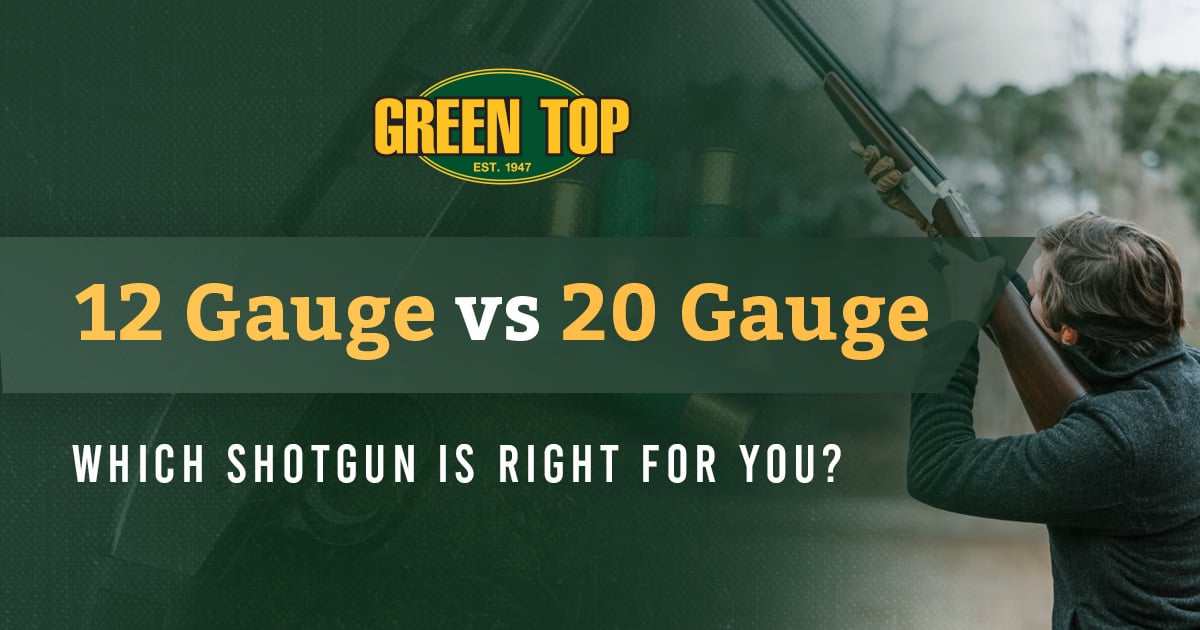 When it comes to shotguns, you’ve got a lot of options from the barrel length down to your preferred finish. Since shotguns are so versatile and can be used for many purposes, one important classification to consider is which gauge you’ll need.

In this article, we’ll explain how shotgun gauge is determined, then look at different use cases to help you decide between 20 vs 12 gauge.

How is Shotgun Gauge Measured?

Need to find a shotgun’s gauge? Check the rear of the barrel, as it’s typically marked there. You can find shell gauge on each individual shell as well as on the box from the manufacturer.

Shotshell gauge should match shotgun gauge. Never try to load shells of a different gauge into any shotgun. If you’re shooting a 20 gauge, you’ll want to use 20 gauge shells. Speaking of, did you know that 20 gauge shells are always yellow, regardless of manufacturer? Since 12 and 20 gauge are the most frequently used shotgun gauges, they’re the most likely to get mixed up.

The shot pattern expands as range increases, so it’s easier to hit a target within a certain range. Your shotgun barrel will come with a fixed choke barrel or a screw in choke barrel, which can reduce shot spread to some extent. If your gun has a screw in choke barrel, never fire without making sure a choke tube is installed to prevent damage to the gun. A dense shot pattern is best for taking game that is walking slow or standing still, such as turkey, quickly and ethically. However, if you’re hunting faster game such as wood ducks it’s typically beneficial to have a wider pattern.

20 gauge shotguns are most popular for smaller game, such as quail and squirrel. Hunting with a 20 gauge means you’ll experience less recoil, but the tradeoff is in the decreased pattern density.

In other words, unless you’re an avid hunter of a specific type of game, your best bet for hunting is a 12 gauge. You can change the barrel, choke, and shot size as needed for your game of choice.

12 Gauge vs 20 Gauge for Sporting Clays

Sporting clays require quick reflexes, aim, and precision. The target moves quickly, and you’ve only got one shot to hit the clay. While both 20 and 12 gauge shotguns are used for the sport, the 12 gauge tends to be the popular choice. The wider spread helps maximize the odds of hitting the clay.

Whether you choose a 12 gauge or 20 gauge for home defense, you’re likely to be able to hit the target, even if your aim could use some sharpening. With a cylinder choke shotgun 40% of the pattern would be inside a 30 inch circle at 40 yards no matter which gauge you choose.

It’s probably no surprise that approximately 50% of the shotguns sold in the United States each year are 12 gauge shotguns. As we’ve discussed, the 12 gauge is a versatile option that works in a variety of use cases, from hunting to home defense.

12 gauge ammunition is widely available in a variety of shot sizes from #9 shot to slugs. With the right ammo, you can hunt most game species with a 12 gauge shotgun.

The most common smaller shotgun is the 20 gauge. It’s lighter weight, but it also has less firepower than the 12 gauge. It tends to be popular among smaller framed and younger shooters due to the lower recoil.

It’s available in a variety of pump and semi-auto shotgun types. Ammunition is also manufactured in nearly every size from #9 shot to slugs. The 20 gauge is most often used for upland and small game. It also works well for home defense and some shooters prefer it for sporting clays.

You can find a wide selection of 12 gauge and 20 gauge shotguns at Green Top Sporting Goods. Shop online or stop in to find the right shotgun for you!

← PREVIOUS
What is the most iconic firearm of all time? - Green Top Outdoors Podcast Episode 29 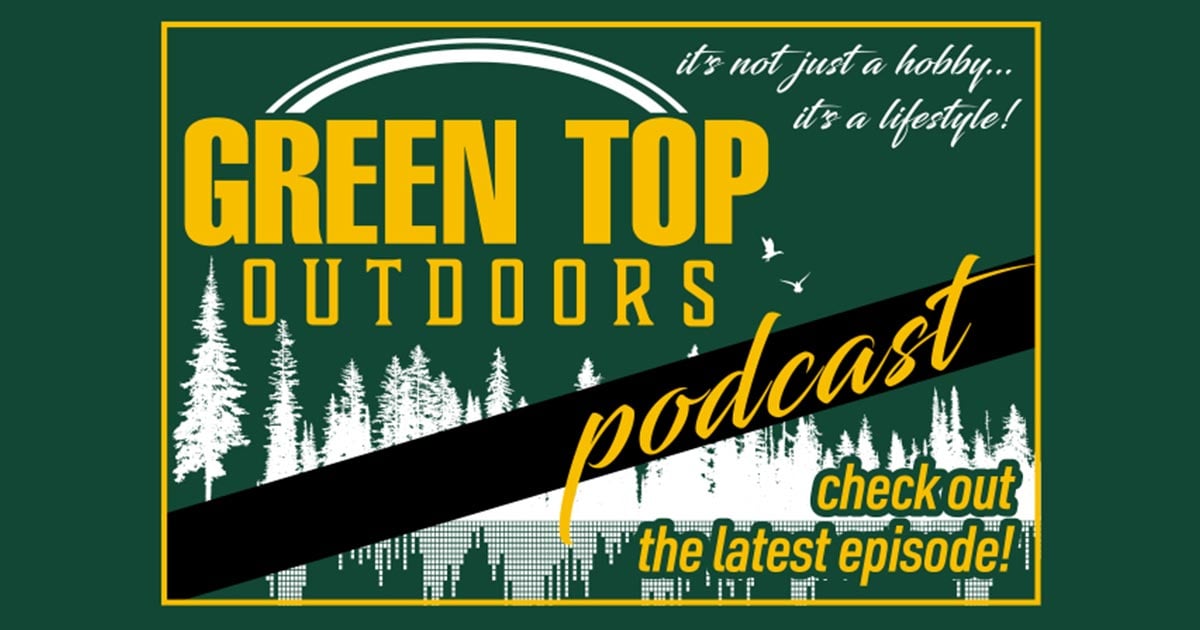 Related Posts
Recent posts
My Wish List
Last Added Items
Remove This Item
Add to Cart
Go to Wish List
You have no items in your wish list.
You just added item(s) item(s) total
Subtotal item(s)
Shipping
Note: Shipping and handling fees will be added and can be estimated in the cart.
Discount
Estimated Total
View Cart
Don't forget the accessories!
Call us at 804-550-2188
Copyright © 2022 Green Top Sporting Goods